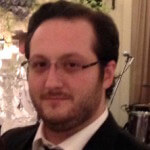 Guy Intoci began his career as an editor at MacAdam/Cage Publishing after earning his degree in Creative Writing from San Francisco State University. He later served as editor in chief at MP Publishing. Throughout his career he’s worked not only with Pulitzer Prize winning and New York Times Bestselling authors but with some of the most promising new voices and debut novelists. He is currently based in New York and easily susceptible to most forms of bribery and graft.