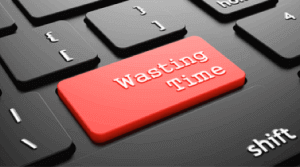 Thanks to E Releases founder Mickie E. Kennedy for this guest post!

Save the Fluff for your S’mores:

Nothing Angers a Journalist More Than Generalizations, Hyperbole, and Personal Opinions

You’re about to hit “send” on your latest press release about your new book. You spent hours crafting the perfect piece and you think you have something special on your hands. You think there’s practically no way you’ll be turned down by all the newspapers and magazines you’re sending it to.

Weeks later, you still don’t have a single published press release. You’ve followed up with the journalists at these publications and mostly found radio silence. What happened? More than likely you’ve included unnecessary nonsense like hyperbole, generalizations, or personal opinions in your press release, sentencing them to obscurity.

Stick to the Facts

There’s an unstated agreement between PR pros and journalists accepting press releases. Everyone knows that press releases usually exist to promote your company but you just don’t talk about it. They need to take up space on their publications and press releases are a great way to do that.

However, breaking the rules of the press release is a surefire way to break that unspoken contract. If you throw in a bunch of “hype” talk like “our new tater tot machine will make the best tater tots you’ve ever tasted in your entire life,” they’re not going to publish it. In fact, they’re going to ignore any goodwill you’ve built up until that point because you’re wasting their time.

While there is a lot of wiggle room with press releases these days, you have to stick to the facts. The who, what, where, why, when, and how plus a few interesting tidbits are your go-tos for press releases. Your enthusiasm should come through the writing and the announcement, not literally telling people they need to get excited because you said so.

Why It Drives Them Crazy

So what’s the big deal, you ask? Why do journalists get all bent out of shape when you break this unspoken rule? After all, couldn’t they just cut that bit out and move on with their life? While that is true, there’s a lot you’re not thinking about here.

Consider that you’re a journalist and you’ve been working with a PR pro for a couple weeks. They’ve been pestering you about their new product release, hoping you’ll include something about it. Finally you relent and they send you a press release. Of course they send it to you in the middle of an already hectic and crazy workday.

This journalist is considering using your release for that night’s paper… then they see what you’ve written. The second half of the press release is basically just a hype piece that doesn’t add to the story at all. With deadlines on the line and a growingly irritated editor, you skip over editing that press release and go with a different press release – one that reads better and requires way less editing.

Not only this, but the latest updates to Google’s Panda and Penguin ensure that thing, hyperbolized content isn’t going to be seen – these algorithms will bury writing that has no 5W value.

You want to cut out any and all reasons why a journalist or editor (or Panda) will pass on your work. Adding any unnecessary fluff like hyperbole, generalizations, or personal opinions in there just might be the reason they’re not responding to your emails.

How many edits do you make on a press release to make sure you’ve cut out all the “hype?” Share your experiences with your comment below!

Mickie E. Kennedy is the founder of eReleases Press Release Distribution. Mickie and eReleases are based out of Baltimore, MD.