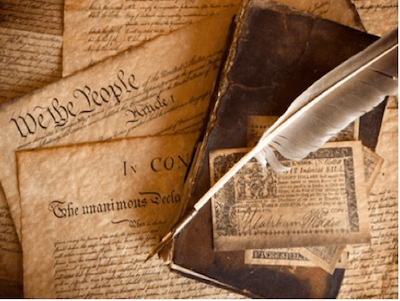 Our thanks to publicist Lynda Bouchard for this guest post!

It just took me over an hour to write an “Out of Office” vacation message! I know.

It often takes me an entire day or more to write a one page press release. My nephew was visiting last week, and he wanted to go to the beach. I was writing a press release and he kept lurking over my shoulder. He finally asked me what was taking so long. ‘Finding the right words’ – I told him. ‘Sometimes it is difficult deciding between using ‘the ‘or ‘a.’’

He looked at me like I was a cast member of One Flew Over the Cuckoo’s Nest.

Language matters. I appreciate the thrill of language – the difference a single word can make and how a well- crafted sentence makes me feel. It’s magical.

The writers of the Declaration of Independence felt that way, too. When it comes to writing, our founding fathers proved they were visionaries in more ways than one.

Enjoy the rest of your holiday weekend!