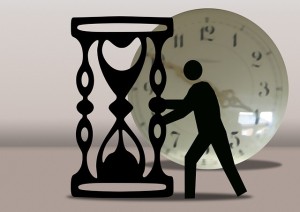 Our thanks to Angela DeCaires, Publishing Director at BookLogix for this guest post.

One of the best things I can tell writers about to publish their book is to take their time! Many authors have spent years working on a book, and then when they decide to publish it, they want to rush everything because they feel friends and family are clamoring for the book to be released right away.

Publishing a book, no matter how you go about it, is a process that involves many elements and decisions, and should not be rushed. At BookLogix, we often compare it to giving birth to and raising a child—it’s a lot of work but a total labor of love!

Once a book has been released it’s “out there.” If a book is published and it’s full of editorial errors or has an unmarketable cover, that first impression of the book has already been made.

Let’s look at a few specific areas where you should take your time in order to publish smart:

A lot of folks rush and jump right in with a publishing company without doing any research. I encourage you to ask lots of questions, ask to see a copy of their contract, study their terms and conditions.

Ask to speak to other writers who have worked with them, check their BBB score.

Do all the homework you possibly can before choosing your publisher. So many authors who come to us had a bad experience with another company and now effectively need to start the publishing process over again, costing not only precious time, but of course money.

So many writers want to rush through the editorial process, or even skip editing altogether, just to keep to their desired timeline. Unfortunately, this is very common.

Other than marketing, editing is the most important step in the publishing process. It’s also very time consuming, but for good reason—to make a book the best it can be. If editing is rushed or skipped altogether, the book will be released with errors in it, and therefore will not be well received by reviewers, bookstore buyers, or the public.

Your book likely won’t get a second chance with them, even if it’s re-edited and released as a new edition. The impression’s already been made.

I’ve spoken to a number of authors who set a release date for a book before they had even selected what publishing company to work with, and then they had to rush the publishing team to make an unrealistic date.

Every book is different, and each step in the process can take a varying amount of time depending on the book length, genre, etc.

An author should work closely with their publishing team to have a detailed timeline in place, with each step scheduled out before setting a release date, to avoid the added stress and risk of having to reschedule.

Don’t fall into the trap of giving up too fast. Authors are disappointed to see slow sales a couple of months after a book has been released, and they scale back or even give up on marketing altogether!

But it’s common to see slow sales in the beginning. It takes time, as much as 18–24 months, for an author who isn’t a “celebrity” to build buzz and demand for their book. This causes many authors to give up on marketing the book. Marketing must be kept up just as aggressively as when the book first came out, whether it’s a few months later, or even a year or more later.

Planning ahead and giving each step in the publishing process its due time will help lead to both a book, and an experience, to make any author proud. 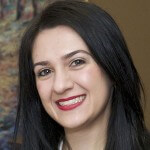 Angela DeCaires is the Publishing Director at BookLogix. In her role with the Atlanta-based publisher, she oversees marketing communications, as well as the book marketing, eBook, and distribution departments. Angela’s background includes experience in public relations, writing, broadcasting, and journalism, having spent a number of years as a TV news producer and news writer in New York State, followed by public relations work for health systems in both Florida and New York. She holds a degree in Communication/Journalism from St. John Fisher College. Connect with her @AMeradji

2 thoughts on “Don’t Rush to Publish: Slow Down and Publish Smart!”