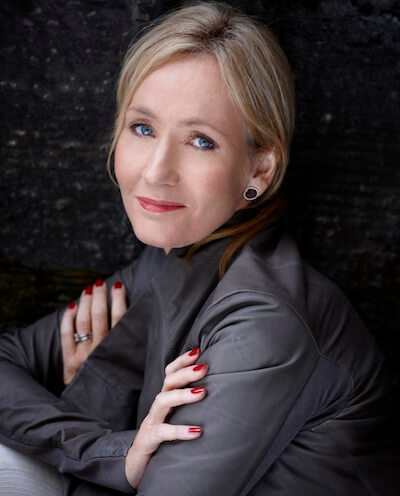 A week ago it was revealed that The Cuckoo’s Calling, written under the pseudonym of Robert Galbraith, was really written by J.K. Rowling of Harry Potter fame. The book went from a respectable 8,500 in sales in three months for a “debut author” to the top of the best-seller lists when its true author was revealed; today it’s #1 on Amazon for both the print and Kindle edition. Talk about the power of author branding… Whoa!

To be fair, the book garnered several nice reviews on its release:

“Combines a complex and compelling sleuth and an equally well-formed and unlikely assistant with a baffling crime…A stellar debut.” (Publishers Weekly, starred review)

“Instantly absorbing, featuring a detective facing crumbling circumstances with resolve instead of clichéd self-destruction and a lovable sidekick with contagious enthusiasm for detection… fans will appreciate his reliance on deduction and observation along with Galbraith’s skilled storytelling.” (Booklist)

But the “big reveal” of the mystery quickly ceased being anything about the book and all about the author. Said Rowling of her choice to write under a pseudonym, “I was yearning to go back to the beginning of a writing career in this new genre, to work without hype or expectation and to receive totally unvarnished feedback. It was a fantastic experience and I only wish it could have gone on a little longer.”

Many have accused Rowling and/or her team of a scheme to increase sales by revealing her name; Rowling insisted that’s not so. “If anyone had seen the labyrinthine plans I laid to conceal my identity (or indeed my expression when I realized that the game was up!) they would realize how little I wanted to be discovered. I hoped to keep the secret as long as possible. I’m grateful for all the feedback from publishers and readers, and for some great reviews.

“Being Robert Galbraith has been all about the work, which is my favorite part of being a writer. This was not a leak or marketing ploy by me, my publisher or agent, both of whom have been completely supportive of my desire to fly under the radar. If sales were what mattered to me most, I would have written under my own name from the start, and with the greatest fanfare.”

But of course once the cat was let out of the proverbial bag, sales soared. Nielsen BookScan data reveals that 17,662 hardback copies of the novel, published three months ago, were sold between 14 and 20 July. Nevertheless, her point is well taken; Rowling’s first adult novel, The Casual Vacancy, sold over 124,000 copies the first week of its release.

There’s been plenty of speculation since the news first broke, and several authors and experts have weighed in on what they think this means for authors and their branding. In a fabulous article on BostonGlobe.com, columnist Sara Schweitzer asks, “In this age of e-books, self-publishing, and increasingly consolidated publishing houses, how does an unknown writer, even one with clear talent, break through?”

“The message is that it’s very hard to publish in this market as an unknown — which is a crying shame,” answered top-selling author Jodi Picoult. She added, “I call it the American Idolization of the publishing world. You have to be fun on tour, connect with readers, be able to invite them into your life.”

What’s the lesson to be learned from this latest news? Actually there’s two:

Those are the things you control as an author. Focus on those and you may be the next one being quoted in The Boston Globe.

JK Rowling is an icon for authors, to be sure, single-handedly increasing the desire to read for an entire generation of youth. We can only speculate just how much of an influence she’ll be in book sales for the next hundred years because of the hundreds of thousands of reading fans she helped to create.

Sadly though, while we can be sure Robert Galbraith’s “debut” novel and its sequel will continue to garner great sales, it’s a pity we’ll never know just how well Galbraith would have done simply as Galbraith…

Visit Robert-Galbraith.com for more from Robert Galbraith a.k.a. JK Rowling, and share your thoughts on the “American Idolization” of authors…

10 thoughts on “Robert Galbraith vs. JK Rowling: A Case for Author Branding!”