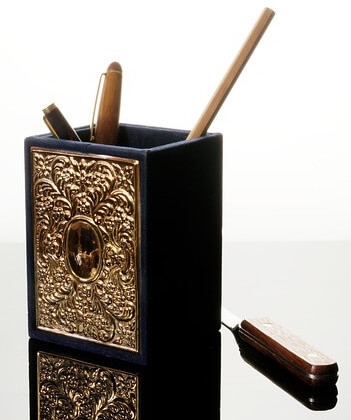 Letting existing fans know about a new release can help create buzz and drive sales immediately after launch. BookBub sends New Release Alerts to an author’s followers whenever they launch a new book or novella. The more followers an author has, the more people will see their New Release Alerts.Keep in mind that if you have not claimed your BookBub Author Profile (and completed it with a bio and picture), you will usually get less exposure on BookBub.com. So be sure to claim your Author Profile here.

New Release Alerts is a free tool for all authors — traditional or independently published. These alerts are not subject to BookBub’s editorial selection process, which means any author releasing new books can take advantage of this feature. 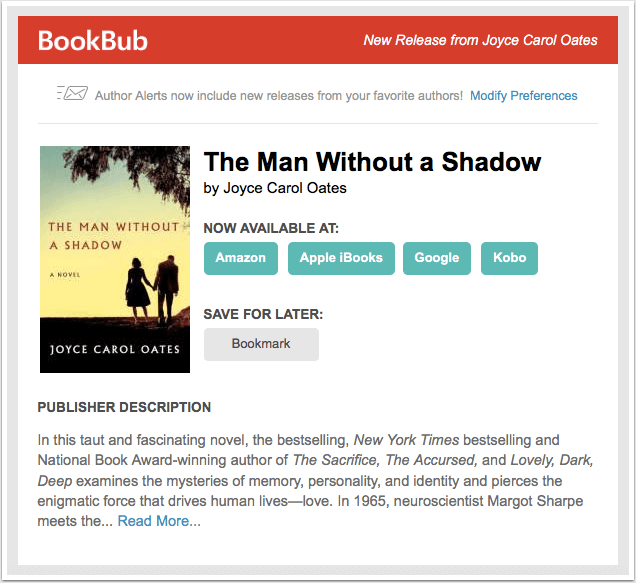 See how to get a book approved for a New Release Alert here, or get started by claiming your Author Profile here.

Many authors create buzz for their books by sharing text-based teasers with their fans on social media in a visual way. Here are two examples from hybrid author Cheryl Bradshaw and traditionally-published author Debbie Macomber. 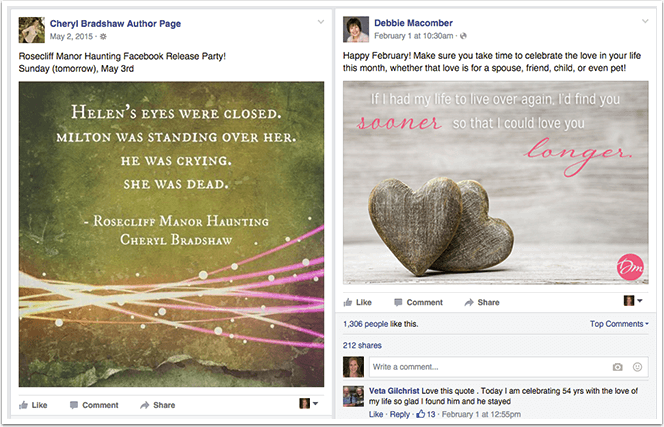 Designfeed is an easy-to-use app that allows you to quickly spin up images for book teasers or inspirational quotes. Where Canva can be used for any sort of creative, Designfeed might be your go-to resource for specifically turning bits of text or quotes into images.

Simply sign up for a Designfeed account here and go through their onboarding tutorial to see how simple creating a text-based image is. 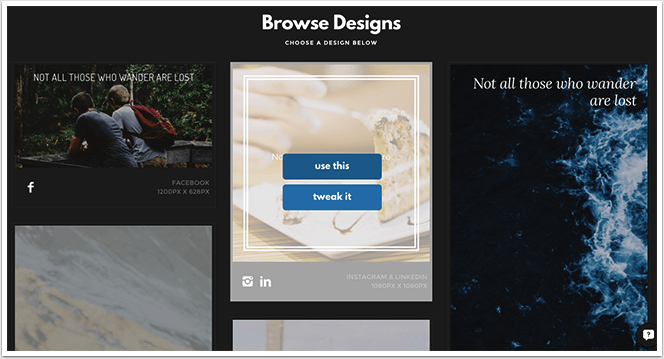 Giving away free copies of a book is a well-known way to generate buzz and reviews. Instead of solely distributing advanced reader copies (ARCs) to book bloggers or reviewers via Netgalley or Edelweiss, allocate a few copies for a free giveaway that gets people excited to read your book, even if they don’t win one of those free copies. You can do this before or after a book’s release, and give away either print or digital copies.

Rafflecopter makes it easy to run book giveaways while simultaneously getting entrants to promote the book or participate in the conversation. For example, with the free version of Rafflecopter, people can enter a giveaway by: 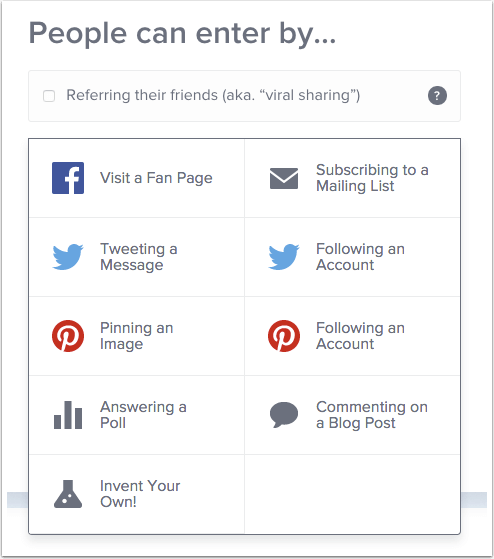 The Rafflecopter widget can then be embedded on an author’s website, a publisher’s blog, a guest post in a blog tour — wherever it fits into your promotional efforts. Winners are randomly selected once the contest ends.

A great cover design can have a major impact on buzz and sales. Case in point: romance writer R.L. Mathewson updated her cover design and saw a huge jump in word-of-mouth traction. She went from selling five or six copies per day of her novel Playing for Keeps to over one thousand per day. According to Mark Coker in The Secrets to Ebook Publishing Success:

Her cover made her book more desirable to readers, and this sparked a breakout, which was further fueled by tremendous word of mouth, and word of mouth propelled her higher and higher in the rankings, which increased her visibility even more.

Since a cover has so much influence over a book’s virality, ask existing fans to choose between two cover designs using a tool like Playbuzz. This can even be part of a cover reveal campaign. Before announcing the official cover, give loyal fans a chance to take part in the cover design process by helping choose the final design. They might be even more eager to spread the word about a book they took part in helping design.

Playbuzz lets you embed a poll directly on a website or on a blog post, and there’s no limit to the amount of responses you can get. It also makes it easy to share the poll on social media sites. Here’s an example of how you can create a cover design poll using Playbuzz: 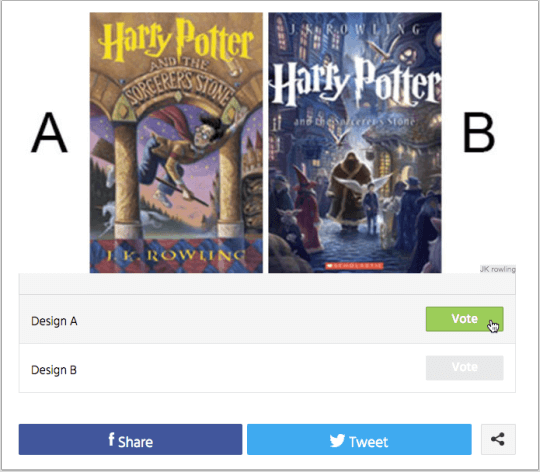 What other tools have you used to build buzz for a book? Let us know in the comments below!

Diana Urban is the Industry Marketing Manager at BookBub, and was previously the Head of Conversion Marketing at HubSpot. She’s an expert in inbound marketing, content marketing, and lead generation. Diana is also the author of two Young Adult thrillers, and is writing her third novel. Follow her on Twitter at @DianaUrban.