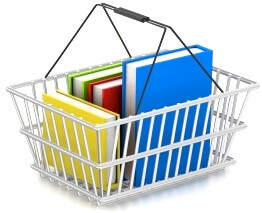 Thanks to book publicist Claire McKinney for this guest post!

I’ve been thinking about a client of mine who came to me with a lovely novel that he decided to self-publish.  In our initial conversations he expressed knowledge of how he knew this was a venture that might not yield a lot in the way of money, but for a man in his position it wasn’t a major concern.  In a few words, he had resources.

With the ability to pay for a well-conceived package for the book, an editor, a web designer, and of course a public relations and marketing team, he was off to a really good start.

My client had a great idea for a book.  It was a story about a single mother and her sons, one of whom was really good at sports, especially baseball.  Throw in some flashback scenes with a few old-time famous players and you have the perfect combination of adult/YA crossover with a sports theme. His book had the opportunity for different targeted markets.

Our planning started in July and August with a fully fleshed-out timeline.  The production aspects related to the book were completed by October including the edited copy, interior design, and jacket design/copy/etc.  In September we started kicking off the marketing with a two-tiered plan of big-mouth and bookseller outreach as well as setting up and starting the social media.

We encouraged our author to blog; we handled his tweets; we advised on Facebook posts.  We also connected him to some online outlets that wanted original blog entries.  We did a customized press kit with peanuts, cracker jacks, a baseball card, and a copy of the book to select retailers and media people.  We helped manage the first event, which took place near his home and was in a perfect location–a gated community with a captive audience that added to the friends, family, and other contacts who were able to attend.

In December, shortly after the official “launch” of the book, he sold over 500 copies.  In the months following up until March/April he was selling as few as 20 per month to as many as 80 (approximate numbers here but in the correct range).

We set up a blog review tour leading into the winter months, which certainly helped with the sales, but it was slow, especially after the initial blast of December that had been made possible by the marketing lead up and tapping all of those friends, family, and contacts.

Was he happy?  No.  He was looking for a steady sale of around 800 copies a month.  In the publishing industry in general (traditional and non-) that is not an easy number to reach, especially for a novel by a new author.

So, here’s what happened.  He was asked to blog and write pieces for a couple of websites, which he didn’t really see the value in doing.  He wasn’t motivated to keep up with social media, and it really wasn’t his thing (which is fine, not everyone loves the 140 character story).  He decided to work with an ad agency to put notices on some of the higher end literary websites, which we didn’t recommend because the book itself wasn’t right for that market.  Eventually, I think he gave up.

This was a hard one for me because I really liked the book and thought it had a nice slow burn happening with additional opportunities to feed the fire.  As anyone who self-publishes knows, overnight success is rarely possible. Usually you have to be willing to keep your day job and work at marketing in the off hours.  Will you make money from your first book (or any book for that matter)?  According to a survey from Digital Book World and Writer’s Digest, most authors (both traditional and non-) are making less than $10,000 a year.

The biggest lesson here for me was to make sure that everyone I work with understands the realities of the publishing industry.  Sometimes having an alternative goal to selling books, like raising your public profile or getting pitched to do speaking engagements, helps authors because it is part of a bigger plan for their careers.  With fiction this is a bit more difficult.

The whole process is a journey and although experts can advise and predict based on their experiences, there are many factors that go into the success of a book.  But when your book is selling, even just 20 copies a month, it is something to be proud of and it means there is potential there.  It’s a question of tapping into it, nursing it along, and not letting it go for anything.

The short answer is yes, it is possible to get brick and mortar bookstores to take your self-published books, but it isn’t an easy option. The simplest course is to hire someone to get your e-book set up on every available platform including Nook, iBooks, Kindle, Kobo, etc., and then market like crazy online!

8 thoughts on “Self Publishing Case Study #2: How many books should you be selling?”