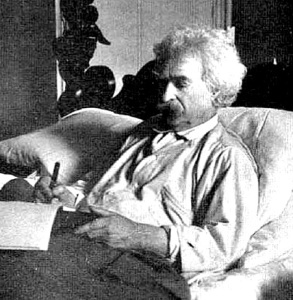 Our thanks to NinjaEssays.com for this clever infographic. Read on to discover some fun and quirky work habits of great writers. Then, tell us yours!

Have you ever wondered how Ernest Hemingway wrote his masterpieces? When we read and reread a book we admire, we get inspired from all aspects of the story, but rarely think about the way it was written and the effort that went into it.

What’s the first picture you imagine when you think about the way Mark Twain wrote the books we can’t stop reading? A messy room with pieces of paper scattered all around and Twain conceptualizing the stories in front of the typewriter? Well, you would be surprised to find out that the scene in your head isn’t right.

F. Scott Fitzgerald, Vladimir Nabokov, Edgar Allan Poe and many other genius writers had rather peculiar writing habits that challenge our imagination. Maybe you’ll appreciate J. D. Salinger’s brutal honesty even more when you find out that he wrote naked? Did you think that Stephen King’s suspense was produced in a usual writer’s setting? You won’t find many contemporary writers using the commonly-accepted tech tools. They still rely on traditional methods, but you wouldn’t characterize their approach as traditional.

Maybe the strategies of the great writers throughout history seem bizarre to us commoners, but one thing is for sure: geniuses don’t think and act within the commonly-accepted social patterns. So tell us, writers, do you have any quirky writing habits?