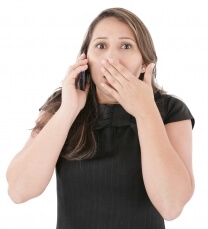 Our thanks to media relations expert and award-winning author Christina Hamlett for this guest post! Photo courtesy freedigitalphotos.net

In 1876, Alexander Graham Bell invented the telephone. The following year, he formed the first telephone company and even found time to fall in love and get married. Perhaps the only thing he regrets is giving his phone number to the media which proceeded to call him incessantly and ask what he was going to invent next.

All right, that last part isn’t exactly true. Still, there’s no escaping the fact that the phone is an indispensable tool for magazine/newspaper/website interviewers seeking background info about an author’s upcoming book or for podcast/radio show hosts wanting to book a remote guest’s ‘presence’ on their program.

The convenience of being heard but not seen gives both parties the freedom to follow script-notes, look things up and even engage in quiet multi-tasking activities totally unrelated to the call. I once, for instance, finished addressing my Christmas cards when it became apparent that the glacially slow-talking restaurateur I was recording on Line 1was intent on reading aloud the entire dinner menu (even though I reminded him it was posted on the website right in front of me).

Despite some of the advantages of invisibility that a phone call provides, they’re often cancelled out – and usually by the interviewees themselves – when there arises a quirky insistence on inappropriate disclosures. Is it to forge a more personal connection with the party they can’t see or does common sense just get put on hold the more casual the ‘meeting’ environment?

Yes, we live in a world where Hollywood and 24/7 tweeting have collectively made TMI the rule rather than the exception, but would you really want the media’s first impressions of your personality as a published author to be influenced by any of the following:

“Hold on a sec. I’m just getting off the can.” (combined with audible toilet flushing)

“Oh, was that today? Wow, I must be drunker than I thought.”

“Let me go grab a towel. I just got out of the shower.”

“Can I put you on speaker-phone? I’m changing a stinky diaper.”

“Sorry I’m kinda loopy. I have no idea what’s in these meds…”

“Can you hear me okay? I’m sitting in the back of my closet.”

While doofy revelations like these are more likely to occur in the setting of a home-based enterprise – and writers being the ultimate definition of a solopreneur – one of my more unusual phone interviews came in the form of a story I was doing about the vice president of a regional savings and loan. She effusively opened the conversation with the news that it was her first week back at the office following the birth of her second child. “This company has absolutely the greatest maternity leave policies,” she told me, “and don’t even get me started on its fantastic daycare program for employees.”

Following my congratulations about her new little bundle of joy, I proceeded to dive into my questions about the challenges facing today’s first-time home buyers trying to secure financing in a troubled economy.

“Can I put you on hold for just a second?” she asked after a moment.

I assumed she was being interrupted to sign an important document or respond to a time-sensitive question that only someone at her executive level was qualified to address.

“Okay, that’s better,” she said when she came back on the line. “I’m breastfeeding and had to switch to my other boob.”

To be honest, that was quite a lot more than I – or anyone else – really needed to know.

In short, if someone wants to do a phone interview about your new book, there are five simple rules to follow:

Christina Hamlett is a media relations expert and award-winning author whose credits to date include 30 books, 156 stage plays, 5 optioned feature films, and hundreds of articles and interviews that appear online and in national/international trade publications. In addition, she is a script consultant for the film industry (which means she stops lots of really bad movies from coming to theaters near you) and a professional ghostwriter (which does not mean she talks to dead people). Learn more about her at http://www.authorhamlett.com.

5 thoughts on “Phoning it In: 5 Simple Rules for an Author Interview!”