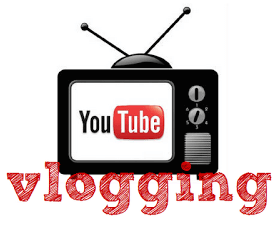 Our thanks to WWW team member Matthew Dix for this guest post. Matthew has spent the last few months identifying and vetting a curated list of 150 favorite video book bloggers –vloggers– for our Winner Circle members.

It’s no secret that discoverability in the book industry has made an about-face turn since the rise of digital media. Goodreads, Amazon and subscription book services like Oyster have dealt a serious blow to the major book chains where we used to find our next favorite reads and best-sellers shelved neatly at eye-level.

But that’s not such a bad thing. In fact, now it’s even easier for authors to reach their target audience — as long as you’re clued in to a few marketing secrets.

In the past few months the US and Britain have been abuzz in debate over the influence of a growing generation of young vloggers who are changing the way young readers are finding the next big read.

Take, for example, super-vlogger Zoe Sugg, known by her 7 million YouTube subscribers as Zoella. In 2014 Sugg made history when her debut novel, Girl Online, sold more copies in its first week off the presses than any other book — ever.

But vloggers aren’t just promoting their own wares. Best-selling authors are capitalizing on the sway these young vloggers hold over the book market — especially Young Adult fiction — by signing contracts with vloggers for exclusive book reviews and promotion.

According to a recent study conducted by GlobalWebIndex, young people aged 16 to 34 are more likely than any other age group to find new products and entertainment through vlogs, suggesting that younger teens and tweens may be even more receptive to vlogs.

But it’s not just the best-sellers who are making gains from book vloggers. which is why WWW’s Winner Circle is publishing a new index of 150 vetted vloggers, ranked by number of subscribers, to connect you with the new generation of book industry innovators.

Watch their past videos, see how many subscribers they reach, and learn their favorite genres — all in one place.

Has your book been reviewed by a vlogger? Tell us about your experience and share the link!

Matthew Dix attends College of Charleston in South Carolina and plans on a career future in the publishing industry. His current projects for WWW include sourcing new festivals, contests, conferences and retreats for the Winner Circle calendar, and identifying the hottest vloggers for the newest category in our Winner Circle vetted Book Reviewers.