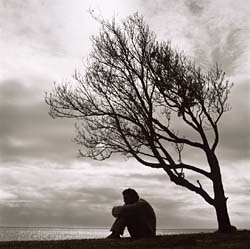 Our sincere thanks to great author J. Mark Powell for this guest post. When we read it we had to share; knew our WWW tribe would enjoy it, too…

When I worked at CNN, a new manager breezed through the newsroom one day for get-acquainted chats.  When he came to my desk he said, “You’re normally a writer, aren’t you?”

I replied through a smile, “There’s nothing ‘normal’ about writers, believe me.”

There is a reason for that.  Compared to the general population, we writers suffer a disproportionate degree of depression and melancholy.  That’s a cliché, but it’s still true.  A look at the 20th Century’s great American authors is like strolling through the Depression Hall of Fame.  Faulkner, Fitzgerald, and of course that poster boy for the chronically depressed, Hemingway.

I understand where they were coming from.  I call writing, “Crawling into that dark, lonely hole.”  I love writing with all my heart, and have ever since I first learned to put words together.  Writing is not what I do; it’s who I am.

I am also a Melancholic Personality, and the two intertwine perfectly.

Melancholics are trapped in an inner struggle between an imperfect world and an intense desire for perfection.  They’re idealists who hold themselves and others to unrealistically high standards, and become upset when those impossible standards aren’t met.  They want to know the details of every little thing, which makes them over-analytical, neurotic worriers. They blame themselves for mistakes, because they’re acutely aware of their own imperfection.

Then there’s the sensitivity. Melancholics are emotional. They are thin-skinned and easily hurt. Their moods are like a delicate crystal vase; easily broken and hard to repair once shattered.  They hold onto emotions, both good and bad, for a long time.  They can be very moody and difficult to deal with because they’re so easily hurt. They often wish to flee from things that cause them distress. 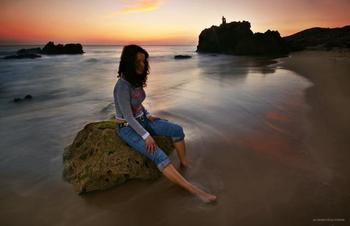 Stop me when you recognize the traits of a writer.

But before you say, “These folks are too weird for me,” consider this: it’s often said Melancholics are “the richest of all temperaments, but at the highest personal cost.”

And that’s where their writing ability intersects the melancholia.  Here’s why.

We Melancholics aren’t alone in experiencing sorrow and joy.  It’s just that we experience them more deeply and more intimately that others.  We have the ability to “feel,” ramped up on steroids.  We’re not bipolar; that’s something else entirely.  But I can tell you from personal experience, I have walked in sorrow so deep that many people don’t know it exists that low, and I have also extended my hand to touch the upper limits of sheer joy.  Yet the ability to do that carries a painfully high price-tag.

Most folks never understand what we go through, but our readers reap the benefits of it.  I call the writing experience, “pinching off a piece of my soul.”  That’s because I take my deep, intensely personal feelings and transfer them to my characters.  That may be enjoyable to follow in a book, but the writer had to live through the emotions those characters experience before they were created.

People realize it takes a lot of effort to sit down at a keyboard for an extended period of time and turn random ideas into a story.  But they don’t know the half of it.

They don’t know the beautiful curse that makes good writing possible, and which writers live with every day. 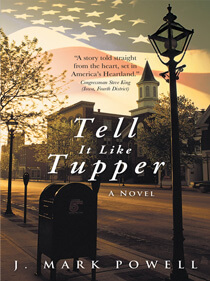 J. Mark Powell is the author of the newly released and much lauded Tell It Like Tupper, the charming tale of how a small-town engine repairman’s life is turned upside down when he unknowingly becomes friends with a presidential candidate.

“Tell It Like Tupper is told straight from the heart, and is set in America’s Heartland. It accurately portrays the virtues of real-life Iowans who, just like Glenn Tupper and his fictitious neighbors, aren’t afraid to meet the challenges that come their way.  A must-read for anyone who enjoys the charms of small-town Americana, with a behind-the-scenes glimpse into presidential campaigning…” –Congressman Steve King (Iowa, Fourth District)