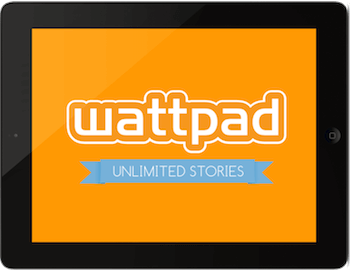 We first wrote about Wattpad in March, 2013, back when they had “only” 13 million readers. We’re happy to report this is one writer platform that’s seriously on the rise.

Now with 25 million users and growing, and 40 million free online stories to read, Wattpad has become an even greater force to be reckoned with for both emerging and experienced authors. They also recently acquired Redroom, another favorite former site of ours for writers. (We hope they bring an author profile piece to Wattpad – it was an attractive part of Redroom.)

One of the greatest benefits of Wattpad is a direct connection between writers and readers. Readers receive notifications whenever a new chapter of a story is posted. Writers can solicit feedback from readers. Many writers share their work serially: posting stories one chapter at a time, so readers keep coming back.

Published authors use Wattpad to amplify their online presence. They post short stories and drafts, or attract new readers by sharing the first part of a series. Writers who prosper on Wattpad are the ones who embrace direct social connection with their fans.

So tell us, authors and aspiring authors — are you a part of the Wattpad community? And how are you using Wattpad to expand your reach and readership?

One thought on “Writer Platform: What About Wattpad?”