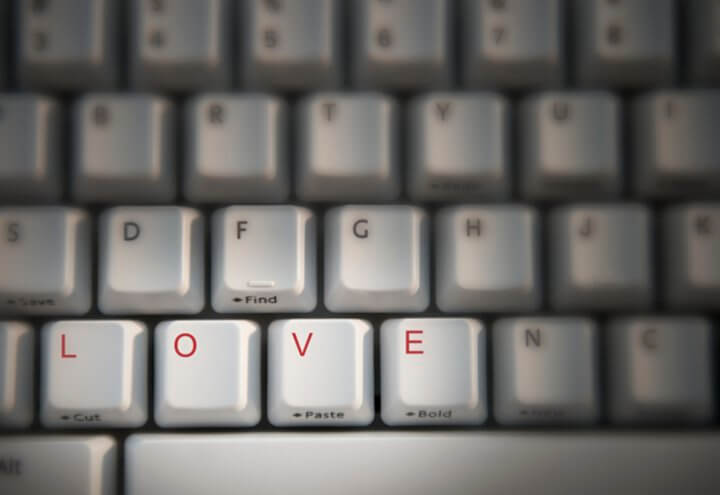 What I Learned About Story Telling While Polishing a Match.Com Profile & the Take Away for Authors

I have a number of brilliant, beautiful, frank, funny friends, all capable of remarkable things, but writing an enticing online profile does not seem to be one of them. Some people offer their services in soup kitchens, some volunteer at animal shelters; I rewrite my friends’ online dating profiles.

It all started when my pal Gina asked me to figure out why she wasn’t getting any response to her Match.com presence. I didn’t have to read beyond her opening sentence—”I like the library!”—to know why. All the exclamation points in the world couldn’t save that line. “But I was being honest,” Gina groaned. “Why can’t I find somebody who gets that?”

Sure, we all want to be admired for exactly who we are but surely there’s a more memorable way to bring up your literary fetish. I suggested – “Dewey Decimal? You bet we do! Oh, I’m also absolutely tone-deaf, and I can’t ski, but I’d be open to a lesson or two.” Soon she was swooshing down a bunny slope with an ophthalmologist from Asheville.

I took Gina’s profile from drab to fab and soon her houseplants and goldfish were dying because she was so busy meeting new and interesting guys.

A memorable synopsis stands out.

My time doing research for Gina on Match.com made me hyper-aware that there is a lot of competition with precious little time to grab someone’s attention. Your goal is to look unique; not the same as everyone else. Writing a dating profile is no different than writing an article, a novel or a synopsis for your book — if I haven’t grabbed you in the first sentence, you’ve already swiped left and clicked to the next best thing to read. Online, you have fewer than 10 seconds to get someone’s attention before they move on. Make them count!

A GREAT author bio and synopsis humanizes you, draws your audience of readers and sets you apart. 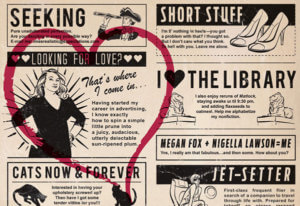 Craft a short bio that captures your personality. It might tell the story of an athletic, ambitious world traveler, or a geeky, sincere introvert. Or it could tell the story of a bitter, demanding perfectionist. Review your author bio, photos and text together and ask yourself: Who am I showing up as? What is the story I am telling of my life?

Here’s a great example. I re-wrote the author bio for – Baptized in Sweet Tea – Ken Burger. It made all the difference for his readers and his sales. He used it at every speaking engagement for his introduction. Which one is more engaging and relatable?

Ken’s version: A native of Allendale, Ken Burger, spent almost four decades writing for two South Carolina newspapers. When he left The State paper, he joined The Post and Courier in Charleston in 1984 and served as the Washington, D.C. correspondent for the Low-Country paper during the mid-1980s. He later served as executive sports editor and columnist from 1988-09.

For more than 20 of his 37 years in the business, Burger was known for his sports columns and became one of the state’s most celebrated sideline scribes. In addition to many state-wide writing awards, he was named the best in the country three times by the Associated Press. Burger also wrote a popular metro column for the Charleston paper before retiring in 2011.

So far, he has written three novels, “Swallow Savannah,” Sister Santee,” and “Salkehatchie Soup.” He’s perhaps best known for Baptized in Sweet Tea, a popular collection of his columns celebrating the South.

A native of Allendale, SC, Ken spent almost four decades writing for two South Carolina newspapers. Despite finishing dead last in his class at the University of Georgia, he was still hired as a sports writer for The Columbia Record for reasons yet unexplained.

Ken was known for his pithy sports columns while at the Charleston Post & Courier and became one of the state’s most celebrated sideline scribes. In addition to many state-wide writing awards, he was named the best in the country three times by the Associated Press.

Last year, Ken received the Herman Helms Media Excellence Award, and was inducted into the S.C. Athletic Hall of Fame.

He is best known for his first book, Baptized in Sweet Tea, a collection of his newspaper columns celebrating the South. In retirement, Ken writes a blog, supports numerous fundraisers for prostate cancer, and plays golf when the temperature isn’t below his age.

He has been married five times, is a recovering alcoholic, and as mentioned, graduated dead last in his class at the University of Georgia. He is a cancer survivor and a happy man!

With his permission, I brought forth his back-story, which was compelling. I did it quickly and then added other aspects of his life to show the highs and lows because his story was one of survival and overcoming difficulty.

It is a snapshot of his life. This ‘polished profile’ got tons of questions from the groups he spoke to. It created conversations. That is the result you want.

Your story is dictating who is attracted to you, as a writer, so make sure you are grabbing the attention of the right people. If you aren’t able to be objective about your profile, ask someone you trust to do it for you. Just like my friend did for her dating profile – she wanted her best qualities highlighted and once she did that, she attracted the kind of person who would appreciate those qualities.

You’ve got this! Have fun creating your bio/profile and attracting your perfect reader.

Lynda Bouchard is founder of Booking Authors Ink, a boutique marketing firm dedicated to Southern authors. She is known for her nimble ‘outside the book’ thinking and creative pitches which have garnered her clients major media mentions. Follower her on Twitter: @AuthorsInk and on LinkedIn: https://www.linkedin.com/in/bookingauthorsink